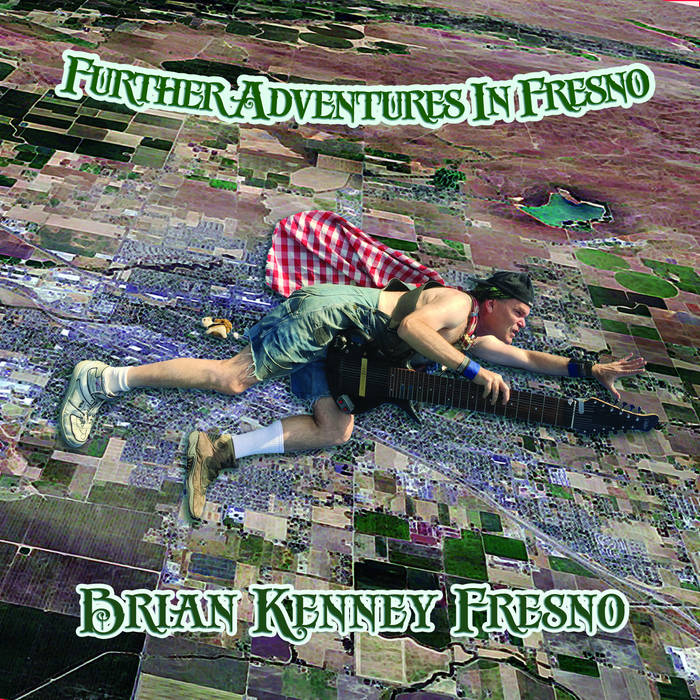 socolive BKF is the unofficial diplomat of the Central California valley. He is truly a unique and wonderful talent. It's not for everyone; only the adventurous need apply. However that is true about most great art. Must be heard to be believed. Favorite track: Incandescent.

Fickles The Clown I bought this album to contribute to the death of Monsanto through the law of attraction that Oprah taught me about. Favorite track: Murdering Monsanto.

urprodky make my pinto handle like a cadillac! i sure hope i don't have no stroke or heart attack! destined to be an arena rock anthem! Favorite track: Gas Station Aphrodisiac.

This is my second self produced studio album, with Dan Rathbun coaching me through the mix again. Full robust sound is the finished product.

All instruments by BKF except:
John Clifton ­ Harmonica on ³Incandescent²
Ryan Kenney Poughkeepsie Drums and Vocals
Partly Cloudy by BKF* Performed and arranged by E is for Elephant 1994
and recorded by Dan Rathbun
*E is for Elephant is Matthew Embry, Tarik Ragab, Willie Greer and BKF
4th of July Lyrics: Erin Nielson
Legal: Cutler, Simsarian
Bonghit Records #8 Copyright 2016
Sold as a novelty only. For entertainment purposes only
Not Responsible for Lost-Stolen Items or Murder of Fortune 500 Executives.
Felix Muzquiz: Grito!, Graphics, Photography, etc.
Computers: Frank Giordano and Mark Stichman
Special thanks to Freesound.org
Engineered and produced by BKF
Co-produced and Mastered by: Dan Rathbun
Microphones by Franz and Kuebler
Release date 3-19-16

My name is Brian Kenney Fresno, and I have this super fun solo ROCK show
where I sing modern TALES of urban legends and epics of the absurd- in a
sing along format, mostly about Fresno Ca, my home town, and everytime I say
"Fresno", everybody eats the raisins and says "WHOOO!" in a group
experience.
It's really fun!
Everybody laughs a lot! ... more

Bandcamp Daily  your guide to the world of Bandcamp

Featured sounds by K.Spark and WIZDUMB, plus Basi joins the show to discuss his latest release.