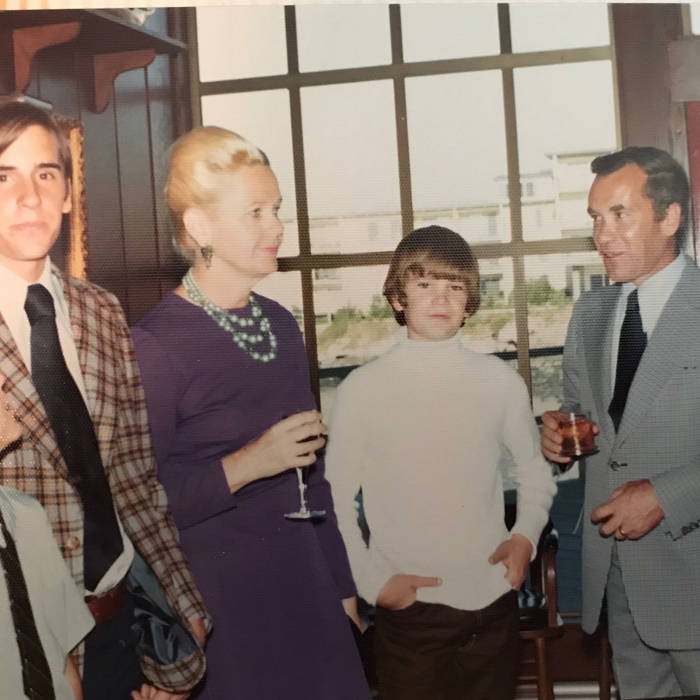 This song is for you and your whole family. From the forthcoming BKF album "The Future Is Fresno", on Bonghit Records. Free on 9-11-20.
Please share, thank you.

THIS IS AN FCC FRIENDLY VERSION WITH THE WORD "ASSHOLES" DISSECTED.

Since the beginning of time, mankind has longed to release a song on the Internet only, because the music industry was over- to a country seemingly on the brink of civil war- a song that would bring together the masses in a singular rapturous familial moment where everyone sang along- from sea to shining prairie -from shuttered shopping mall and raging street battle to quarantined senior homes and schoolyards full of infected little children.
And the murderous, rampaging opposing mobs in the streets, would all play air guitar and sing together, drinking beer and laughing at the absurdity of themselves being played against their fellow stupid citizen, all for the sake of a power grab by their corrupt government.

With a world so fragmented, the hope that a song can make a difference seems stupid, but it’s all I have to offer, stupidity and a song. With everyone's lives, and everything else in such turmoil, maybe music can be a salvation for a few fleeting moments. Or something to give you a chuckle and a catchy tune to hum as you watch your world and democracy burn.

BONGHIT PRESS
Fresno CA
9-9-11
FOR IMMEDIATE RELEASE:
We recently caught up with Brian Kenney Fresno at his "Burnin J Ranch", in Fresno CA, in coordination with the release of his new single " One Big Happy", and here's some of our "interview" with this iconoclastic self appointed "Fresno Ambassador”, along with some reviews.
BHP:
Brian, We haven't heard from you in a while, why the big impetus to "speed release" your single in such a rush, without all of the big hoopla and media ridiculousness you usually do?'
BKF:
The reason I’m releasing “One Big Happy” on 9-11 is because after that big event was about the last time the nation was so united, if only just for a minute. It brought people together in a way only a nation under attack and my new song can do.
Without everyone listening to this song, the country will slide further into dis-unity, and I am the only one who can prevent that from happening, With this song, See?
Further, in a way, anyone who is not actively promoting my single, is undermining and attacking the very underpinnings of "democracy" and "justice”. And decency, don’t forget decency. .."
That really resinated with us at Bonghit Press, so we decided to scrape deeper to get a better hint of what the man was about by talking to the people close to him.

No, in actuality, the song doesn’t MEAN anything, that’s why it’s timeless, and an instant classic, “An Anthem For Our Times…" writes virtuoso/composer Tarik Ragab.
But it means everything also: "Fresno really dives into the human condition and psyche with this fun and jaunty outing, underscoring both the hope we all manifest inside of ourselves of a balance, the choice -of being able to get back, or ever arrive at a position of familial unity with our friends, co-workers, neighbors and family -and our ever increasing desire to strangle them with an electrical cord….” *

“One Big Happy” also marks a departure of sorts from Fresno’s usual themes, although he leaves one overused trope intact. It seems many of BKF’s songs somehow involve altered states, and " Party Time" dot dot dot and this song is no exception. Beer is a recurring theme in Fresno’s songs, obviously designed as a cheap ploy to stimulate bar culture enthusiasm, and sales, and return bookings, but this song goes beyond those texts, and shows beer as both an instigator of potential conflict, and as a calming elixir that is the only thing that is keeping our gentle listener from killing everyone in the building.**

"Long on history, short on facts", is how one reviewer opined, “ It’s like he just makes this stuff up... he’s just saying things that make sense and really resonate with people, and he just puts it all to music that is really diabolically catchy and clever, but also virtuostic and compositionally advanced , and just FUN. It’s really unfair to the traditions of boring music throughout the years, and If it was OK to just make up your own word to make it rhyme. then everyone would do it.” ***

" This recording is like an opium forest dripping in my earholes. The level of care and detail is exquisite, and the overall asthmatic is like a double helix in my brain. The subtle contrast of constanance and distananance is imbued with a patina of punk proggery, while imbibed with hues of demagoguery. The retaining equilibrium carries forth a heavy thump, through the return of Fresno's brother, Ryan Kenney Poughkeepsie, performing drumming and backing vocal chores."****

“A self described "Maximalist", Kenney-Fresno leans heavily on his wankery, as if lots of notes equal quality, and overwrought arrangements equal thoughtful orchestrations. Not sure if that is really his sister on the violin, but she obviously got the talent in that family. I found her string arrangements to be sublime, and the mysterious instrumentation elsewhere quite intriguing, I wasn’t sure what I was hearing , but it was unlike anything else, organic at once, but ancient futuristic. By the time the drunken choir arrived, i was in a state of bliss already, but something awoke inside me when I heard the rapturous joy in those voices- from what I understand from the press release- was Kenney Fresno’s last performance. It was something you can’t just crank up a knob for, it’s a sense of true joy that can only come through winning the hearts and minds of the audience, and beer. This recording captures the resolution and soul of a true performer and musician at the height of his career, and THIS reviewer finally “got it” …” ***

Your parents voted for Nixon
Thought the whole Watergate thing was fiction
Some sorta liberal, left wing fake news thing
Lost your great uncle on Guam
And your father in Vietnam
You’ve done two tours of Iraq and Afghanistan

Your sister’s an attorney for the ACLU in Frisco
Writes essays on feminism and the misogynistic effects of disco
Your nephews homosexual and your teen is turning trans
You feel your culture’s threatened by these folks from other lands
You feel the world’s gone crazy, and that liberals are lazy
And that atheists are child molesting God haters (?)

But when we’re gathered here, the reigning deity is beer
More powerful than the god that you ignore

So leave all your angry feelings at the door
Just a coupla beers makes room for plenty more
Wait till grandma gets here, lets see what’s in store
I know that we’ll all rise to the occasion, cause we’re

One Big Happy, pissed off family, one big happy

Your cousins in the FBI, you know all they ever did was lie
About their involvement with everything
And who could trust the CIA? My sister always used to say they
Were complicit in the killing of JFK
And then you’ve got the NSA who admitted they were spying
On millions of Americans when they finally got caught lying
So I understand your wariness of giant government scariness
Dark and sinister’s the way these guys have always done things

But no one wants to hear you, it’s so unpleasant to be near you
We’re all trying to escape the stupidity that surrounds us

And the thing that keeps me stupid is being certain that I’m smart
When I'm hangin around with morons it’s hard to tell the two apart
But you know we all try to find some cheer with our bitter enemies over beer
Offering up some fake civility when we’re here…..cause we’re

One Big Happy, pissed off family, one big happy

And by happy I mean miserable, and by family I mean assholes
And by big I mean anything larger than manageable
And you know one might be too much
If you’re pissed off just a touch
Maybe that bitter IPA explains the expression on my face

So look across the room, know your neighbor there despises you
Such unity in your fury, nothing they could do surprises you
It’s the end of understanding, no more fake shake handing, No
Trust is is a luxury given to no one, Ed

No cause for celebration, the death of a great nation
Or at least the closest I ever got to democracy
But the one thing that’s clear is the reason that we’re here
Is to fight with our family and drink a little beer

So leave all your angry feelings at the door
Just a coupla beers makes room for plenty more
Wait till grandpa gets here, let’s see what’s in store
I know that we’ll all rise to the occasion, cause we're

My name is Brian Kenney Fresno, and I have this super fun solo ROCK show
where I sing modern TALES of urban legends and epics of the absurd- in a
sing along format, mostly about Fresno Ca, my home town, and everytime I say
"Fresno", everybody eats the raisins and says "WHOOO!" in a group
experience.
It's really fun!
Everybody laughs a lot! ... more

Bandcamp Daily  your guide to the world of Bandcamp

Featured sounds by K.Spark and WIZDUMB, plus Basi joins the show to discuss his latest release.